Two main mechanisms can cause the fracture of a ductile metal: ductile fracture due to the nucleation, growth, and coalescence of voids; and shear fracture due to shear band localization. Based on phenomenological observations, these two mechanisms call for different forms of the criteria for the onset of damage. In this tutorial steel material is used for the outer part, ductile and shear damage to predict failure are used base on the Abaqus documentation. To model explosive material, JWL equation of state is selected. The Jones-Wilkins-Lee (or JWL) equation of state models the pressure generated by the release of chemical energy in an explosive. This model is implemented in a form referred to as a programmed burn, which means that the reaction and initiation of the explosive is not determined by shock in the material. Instead, the initiation time is determined by a geometric construction using the detonation wave speed and the distance of the material point from the detonation points The dynamic explicit step is appropriate for this type of analysis. The general contact capability is selected to consider all contacts in the contact domain. The mesh should be fine to achieve the correct results

After the simulation, all results such as stress, failure, damage, TNT expansion, and …are available. You can see some figures for the results below 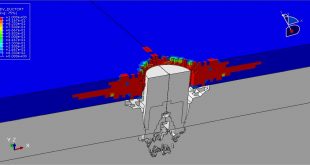 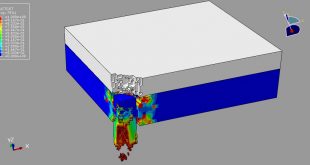 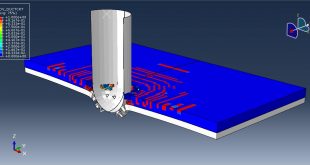 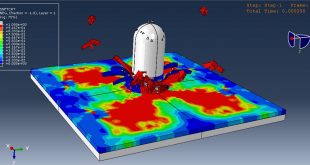